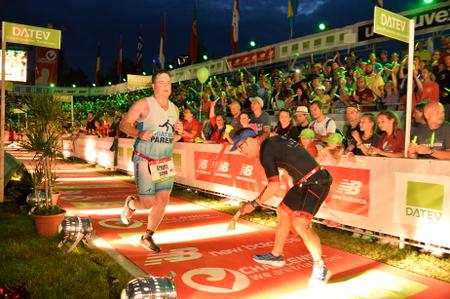 The Challenge Roth triathlon is like no other I have experienced.  In fact, thousands of competitors make this claim, including the top professionals.  Chrissie’s Blog.  The fast course, crowds of over 200,000 people, the Tour de France feeling at Solar Hill, and the large number of participants, are some of the reasons this is the best race in the world.  It sells out in about 5 seconds.
When I visited Bavaria in May, the bike shop owner who has supported the race over its 30 year history stated “this is not a race, it is a party”.  Another seasoned Challenge Roth competitor advised “do not do anything during the race that will cause you to miss the party at the end.”  I can now speak from experience, they were right.
But for me, there is one other reason why this was an epic race – her name is Chrissie Wellington.  Challenge Roth allows relay teams to compete in the race.  They start about an hour after the last amateur wave but ultimately have a large impact on race day as us back of the packers find ourselves intermingled with strong relay team athletes. 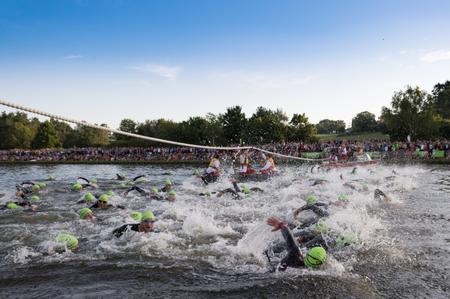 So here is where it gets good.  Many of the elite professionals (the ones who win Kona) will sign up for this race as a relay.  The four-time Challenge Roth champion Chris MCormack did this in 2014 after winning Kona in 2010, and Chrissie Wellington was racing this year.  Yes, Chrissie Wellington, the world record holder with a time of 8:18:13 set at Challenge Roth in 2011.  Chrissie was at this race to watch Daniela Ryf attempt to beat her world record after missing it by only 4 minutes in 2016.
I have a triathlon crush on Chrissie.  Many people do.  Her energy, her love for the sport, and the unmistakable smile makes me proud to be a triathlete.  Her commitment to her community and support of the Challenge Athlete Foundation also connects with me deeply.  To know that she was going to be racing at some point during my day at Challenge Roth made my day extra special.  To put it simply, I checked out every person who passed me in hopes to have a glimpse of this triathlon superstar.
As my swim, turned into my bike, and my bike speed slowed from the hot and winding conditions, I told myself that the chances to seeing Chrissie were over.  If she was going to be at the finish to see the professionals finish, she must be doing the bike part of the race.  And there was no way that she would be on the bike course when I am grinding through the second loop.
I finished the bike and my legs where shot, fatigued from windy first bike loop followed by a hot second loop.  My bike time was good but it seemed as though I was going to pay for it on the run.  In addition, the first couple miles of Challenge Roth run course are uphill.  Hot and tired, I walked most of the start of the run course. Calculating if, at this pace, I would even finish the race under the 15-hour cut off.
Then it happen, at mile 6 the crowds start getting louder, the other runners start cheering, and I start to hear “Go Chrissie”.  I turn around and there she is, the triathelete that I admire second only to my wife, the one that I followed through her professional career on the Ironman circuit.  She ran passed me with ease, I cheered her on, and she flashed me that famous smile.  Wow, that was impactful.  My run got better from there.
As many of you know, I am also into golf.  Having Chrissie run pass me during a race would be similar to having Jack Nicholas play through my foursome.  For a brief second, I was shoulder to shoulder with the best in the world.
This stuff only happens at Challenge Roth. 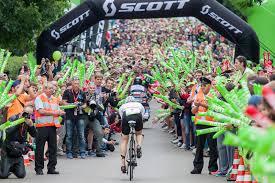 To Greg, rest is overrated. As a CEO of a small business emerging from bankruptcy, he spends the workday applying his skill as a turnaround restructuring expert to implement business plans that achieve success. His experience with maximizing resources applies to all aspects of his life. Greg balances family, work and an ambitious training regimen as he prepares for the Ironman Lake Placid Triathlon. Like the event itself, his daily life covers lots of different terrain.
PrevNext 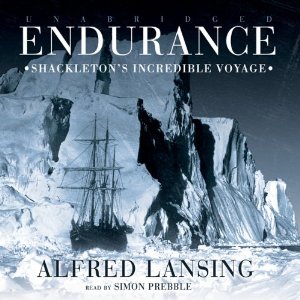 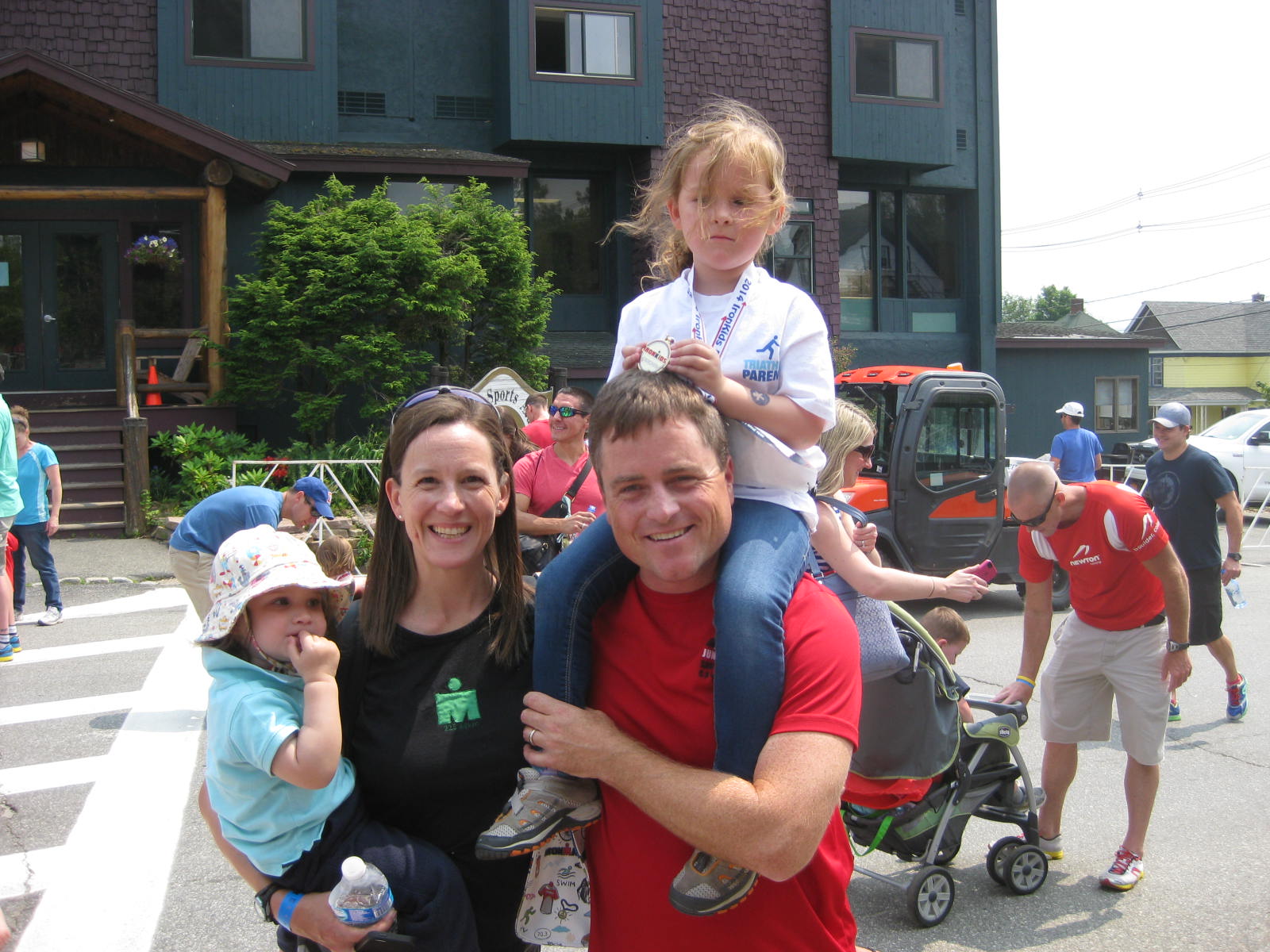 IRONMAN Maryland: Our next challenge, 8 weeks after Lake Placid